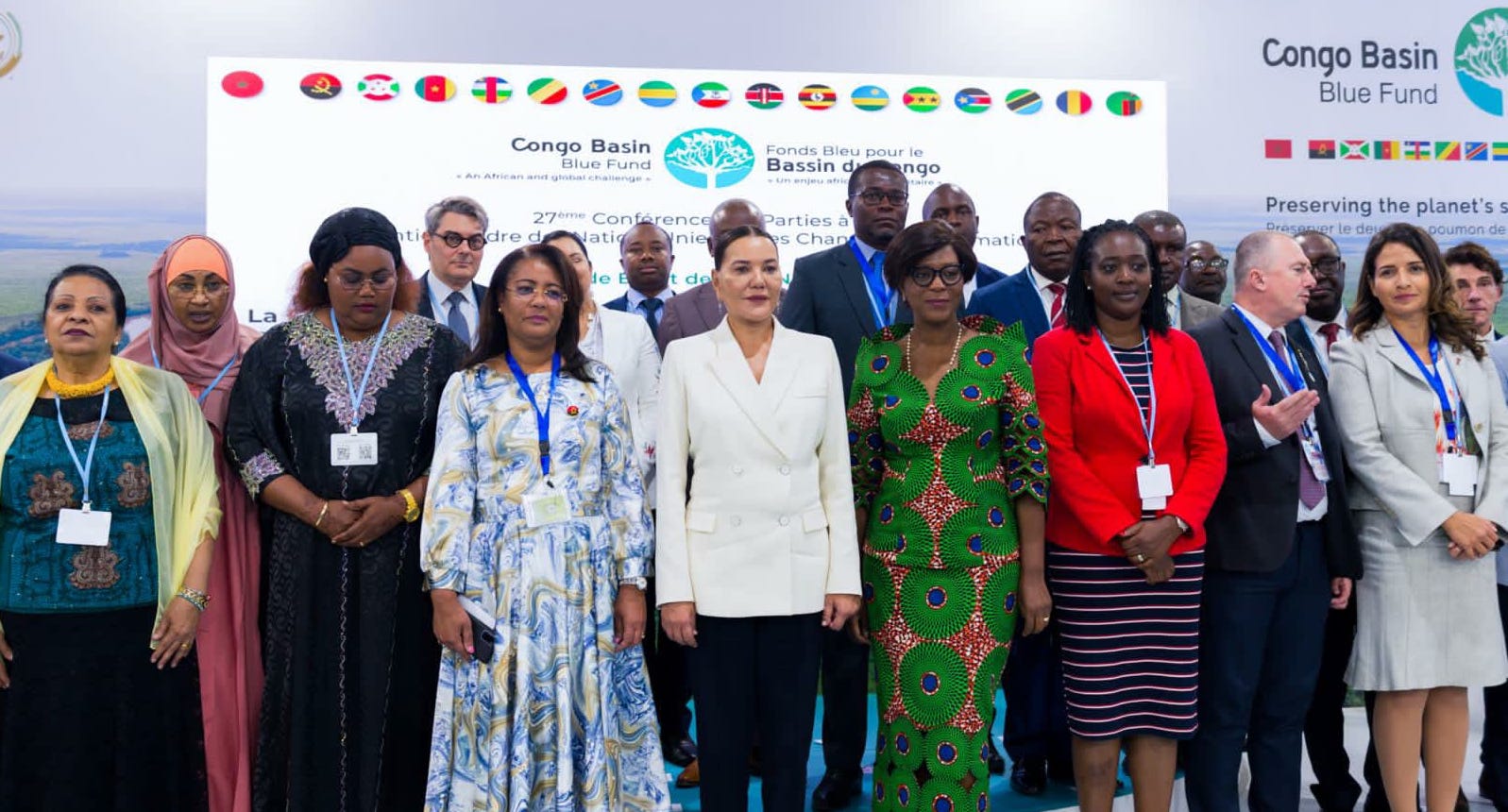 The meeting was graced with the participation of Her Royal Highness Princess Lalla HASNAA, Goodwill Ambassador of the CBCC, as Co-Chair, and whose commitment and mobilization for the environment contribute to carry the Commission’s voice loud and clear and to the influence of its actions.

Also in attendance were the Ministers of CCBC member countries, the Ministers of the African Climate Commissions sisters for the Sahel Region and the Island States, as well as senior representatives of international public and private institutional partners and CBCC Goodwill Ambassadors.

This meeting built on the spirit instilled by the First African Summit on Action for Continental Co-Emergence, held in 2016 on the sidelines of CoP22 in Marrakech, at the pioneering initiative of His Majesty King MOHAMMED VI, King of Morocco, and in continuity with the ongoing commitment of His Excellency Denis SASSOU NGUESSO, President of the Republic of Congo, to implementing and operationalizing the CBCC roadmap and the Congo Basin Blue Fund.

Attendees hailed the effective progress in implementing the CBCC and Blue Fund, with the adoption of the Investment Plan, Financing Mechanism and Governance Framework, as well as the selection of the Development Bank that will host and manage the CBBF.

This step forward comes on the heels of financial commitments made at COP 26 in Glasgow by 12 donors for a total investment of a minimum $1.5 billion over the next four years, to support the conservation and sustainable management of Congo Basin forests.

The Congo Basin Blue Fund will provide direct support to the international community’s efforts, particularly those of the 194 signatories of the Paris Agreement, to keep global warming to a maximum 1.5 degrees Celsius by 2050, arguably the greatest challenge facing the planet in the 21st century.

The latest IPCC report states that if tropical rainforest deforestation is not stopped by 2030, the shared ambition (materialized as 1.5°C warming) will not be reached. Tropical rainforests are now the last bastion against unchecked global warming with irreversible consequences for the entire world, but above all for the populations of developing countries, who are most vulnerable and exposed to calamities resulting from climate change.

The Congo Basin and the 16 African states that make it up, with nearly 35% of the planet’s carbon pools consisting of tropical forests, wetlands (peatlands and mangroves), is central to the climate change equation, and the CBBF is its main instrument.

There is strong support and interest in establishing a joint coordination mechanism among the Chairs of the three African Climate Commissions, Congo, Niger and Seychelles, the Founding Partner, Morocco, and the Climate Change Unit of the African Union Commission.  This mechanism would be a lever to accelerate the gathering of multiform support for the actions of the three Commissions and the achievement of their objectives by bringing the voice of African State Parties to the UNFCCC and to the Paris Agreement and members of these Commissions to international financial institutions and donors, in a coordinated manner.

Meeting attendees renewed their tribute to the constant commitment of His Majesty, King MOHAMMED VI, in favor of a strong and resilient Africa in the face of global climate change impacts.  They also commended the leadership of His Excellency Denis SASSOU NGUESSO, and laudable efforts already undertaken for operationalizing the Congo Basin Climate Commission and its funding arm, the Congo Basin Blue Fund.

They also praised the fruitfulness of CBCC Goodwill Ambassador actions and their continuous mobilization in carrying the message of the Congo Basin Climate Commission and Blue Fund.

The CBCC also commended the work of technical partners, notably the Climate Change Competence Centre of Morocco (4C Maroc) that provided all necessary technical support to the African Climate Commissions and the development banks retained for housing the Blue Fund financing lines as well as the Sahel Climate Fund, and also works for capacity building and experience and expertise sharing through study visits to Morocco.

In conclusion, all parties welcomed the success of this Side Event and recommended the establishment of an effective follow-up mechanism for the implementation of the announcements.

Rehabilitated and completely redeveloped, the Ghabat Chabab olive grove in Marrakech has now reopened its doors to the public