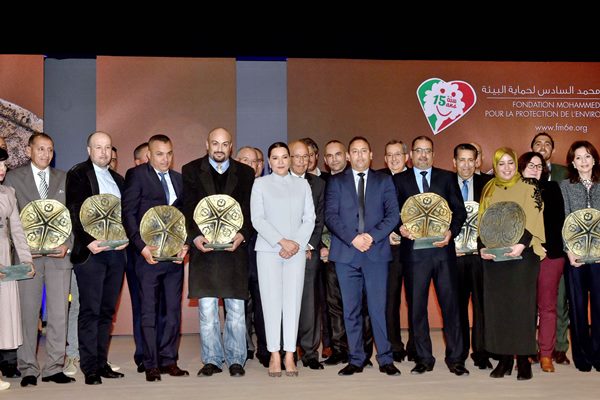 On March 6, 2017 Her Royal Highness Princess Lalla Hasnaa, Chair of the Mohammed VI Foundation for Environmental Protection, presided the awards ceremony of the second edition of the Lalla Hasnaa Littoral Sustainable Awards at the Mohammed VI International Conference Center In Skhirat.

The trophies reward remarkable actions for protecting the coastline. Five awards categories are open to an entire spectrum of actors involved in protecting, preserving, educating or conducting outreach about the coastline, such as civil society associations, coastal communities, private companies, the public sector, students, teachers-researchers, etc… .

Participation in the second Lalla Hasnaa Sustainable Coast Awards was markedly increased, with 109 candidacies submitted. This enthusiasm reflects a true commitment to environmental protection by the entire public with whom the Foundation has been working to raise awareness and educate since its creation in 2001.

The jury, comprised of personalities and independent actors engaged in coastal protection, awarded 18 awards for the five awards categories.

All the winners reflect the diversity of Moroccan society, which is increasingly committed to environmental issues through concrete and effective actions.

This award recognizes a beach initiative, or several, in terms of management, development, preservation, education and information. For legal entities, this category is reserved for the Foundation’s Clean Beach program partners.

The two associations have carried out a project to raise awareness and involve local residents, especially youth, in clean up campaigns on the Taghazout, Tamraght, Aimuran and other beaches in the region. Campaigns to raise awareness among beachgoers were organized in Agadir.

The Citizen Action Advocacy Association (Association progrès action citoyenne) provided containers for garbage collection. Among the innovative ideas put forward, the surf club asked each member wanting surf sessions to fill a bag with waste collected on the beach. The collected waste was subsequently sent to a company specializing in waste recycling.

· Project title: Reinforcement of awareness and entertainment structures and activities on the Bouznika beach

To solve the problem posed by the silting up of the car parking lots of the Saïdia beach, the Saïdia Development Corporation used various approaches.

• Palisades made of local natural materials to reduce the wind speed on the ground and immobilize the sand on the beach.

• Encourage natural and native vegetation development by planting Atriplex and Tamaris, which are two local species that naturally vegetate the dunes. The plantations were irrigated during the first two years in order to promote their growth. These areas have been corded off and information and awareness campaigns have been carried out with the site managers and the general public to reduce the risks of trampling and degradation of these sand-fixing plants.

• The beach was vegetated to cover up nearby paved areas and the public was informed of vegetation’s essential role in preserving beaches, through information and awareness boards and also through two people mobilized directly on the beach.

A thorough beach cleaning was carried out at the beginning of the season, followed by daily cleaning.

This award recognizes initiatives to promote the public and natural spaces, urban or peri-urban that comprise part of the Moroccan coast.

The November 28, 2014 floods greatly affected the beach. The municipality has made efforts to restore the area. It removed the large rocks, and purified the beach sand. The bridges and roads have been repaired, breaking the isolation of the douars, to which aid has been provided. During the season, information about the beach was disseminated through information sites and social networks. Daily activities were organized on the beach (beach radio, activities on education and awareness about environmental preservation and sustainable development as part of the Clean Beaches program).

This award was also awarded to three associations:

These associations have carried out actions to improve neighborhoods by restoring facades, cleaning, developing green spaces, and decorating, within the framework of a contest organized by the Mdiq-Fnideq prefecture:

• Awareness campaigns about the importance of clean beaches and seabeds

• A cleanup campaign to reduce the adverse effects of pollution and mitigate the presence of contaminants.

• The study of endangered marine species, and the development of appropriate plans for its protection and resettlement.

• Planting of artificial reefs in the Fnideq Detroit Gulf to provide a new area for the restoration and resettlement of endangered marine species.

• The development of posters to promote the region’s maritime heritage.

• Facilitating access to beaches for all community groups, especially those with special needs

• Training sessions, both theoretical and practical, to raise awareness about the seabed

This category rewards the most interesting achievements towards a better knowledge of the coast, and the conservation of its biodiversity and its fragile ecosystems.

It is open to universities, research centers, communes, companies, public and private entities, and associations.

The award also recognizes threats to the security and integrity of the Moroccan coastline.

· Project title: Involving the population in the preservation and enhancement of the Greater Agadir coastline.

The project aimed to propose a development plan for the Anza beach, world famous for surfing and wake surfing, in a concerted approach with all the local stakeholders. A vision was largely detailed in an end of studies thesis presented at the Rabat National School of Architecture under the title: “Landscape prospective for the Anza stopover: Anza 2050” (De la prospective paysagère pour l’escale d’Anza: Anza 2050).

· Project title: Integrated management for the protection of the Moulouya / Saïdia coastline.

The Moulouya coastal area is a sensitive wetland that provides habitat for considerable biological diversity. The project aimed to integrate the conservation of this sensitive area into local, regional and national planning, through consultation between local authorities and all concerned stakeholders (local people, local associations, private companies and administrations). Working groups and a steering committee have been set up to conclude a Coastal Area Contract (CEL).

The project owner has put in place an awareness-raising and educational system. Communication materials were produced, and workshops were set up in tents on the beach. These tents welcomed children whose awareness was raised through educational circuits, drawing workshops, and competitions.

· Project title: The Children’s Archipelago of the Sea Forum;

In the heart of El Jadida, the Children’s Archipelago of the Sea Forum is a seafront area over 1,000 m2 entirely dedicated to children. It is comprised of about twenty stands managed by associations and partners, which welcome children to introduce them to various activities. The archipelago aims to raise children’s awareness through play, sport, science, art and discovery.

The project aimed to educate young people about the preservation of beaches and to make them aware of their importance, within the framework of the environmental club created within the El Hawzia School. Outreach and awareness raising was carried out among workers harvesting algae for the production of agar, which they uprooted illegally, with negative impacts on the sea’s biodiversity including the extinction of many species of fish.

High schools compete for the Drop of Gold award with the best video presentation. The competition takes place in several rounds and the work of the 40 to 70 teams is evaluated by a jury composed of persons selected for their integrity and competence in the fields of education, research, environment and development sustainable development. It has helped to raise environmental awareness among all the young participants.

This award is dedicated to the initiatives of economic operators who have chosen to integrate an environmental, social or economic approach with a positive impact on the Moroccan coast.

This project developed an ecotourism-zoning map of the lagoon to locate hiking routes, sensitive sites, stopping places and a description of the natural potential to be highlighted within the framework of ecotourism development. The map will be available on tablets to allow hikers to better interact with the lagoon’s ecological environment. Beyond this map, the association wants to initiate a regional debate to put the Khenifiss National Park at the heart of the development of the Laâyoune Sakia el Hamra region.

The project aimed to make citizens aware of the importance of waste sorting through the activity of informal resource recoverers, also known as waste pickers, who are important in the waste collection value chain. Atlanta initiated and funded a pilot project to help a recoverer, in collaboration with the Bahri association. The project will help his work be socially and economically recognized, and provide him with medical and social coverage.

The project enabled the Ras Rmel beach at Larache, Sidi Kankouch 1 and II beaches in Fahs Anrja to be equipped with septic tanks.

· Project title: Alternative bags and gestures for a sustainable coastline:

The project enabled the manufacture and distribution of 400 fabric bags, made by 40 women, which were distributed by 300 children whose awareness had been raised to transform them into environmental and formed into social actors. In addition to this flagship action, it has established investigative brigades on solid waste, and organized waste collection on the beach, which was recycled during ten solid waste recycling workshops.

Adress by the Chief Deleguate 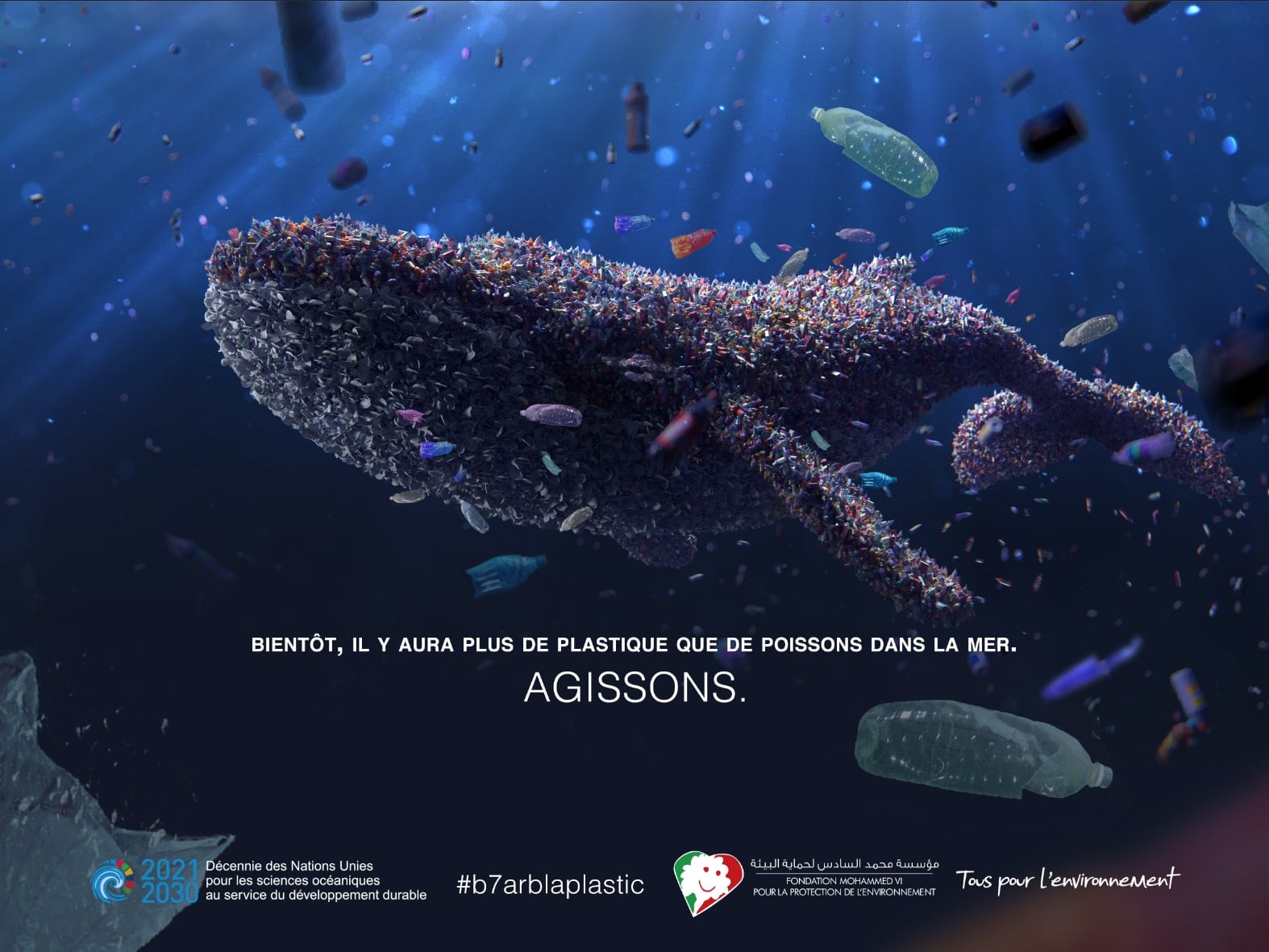 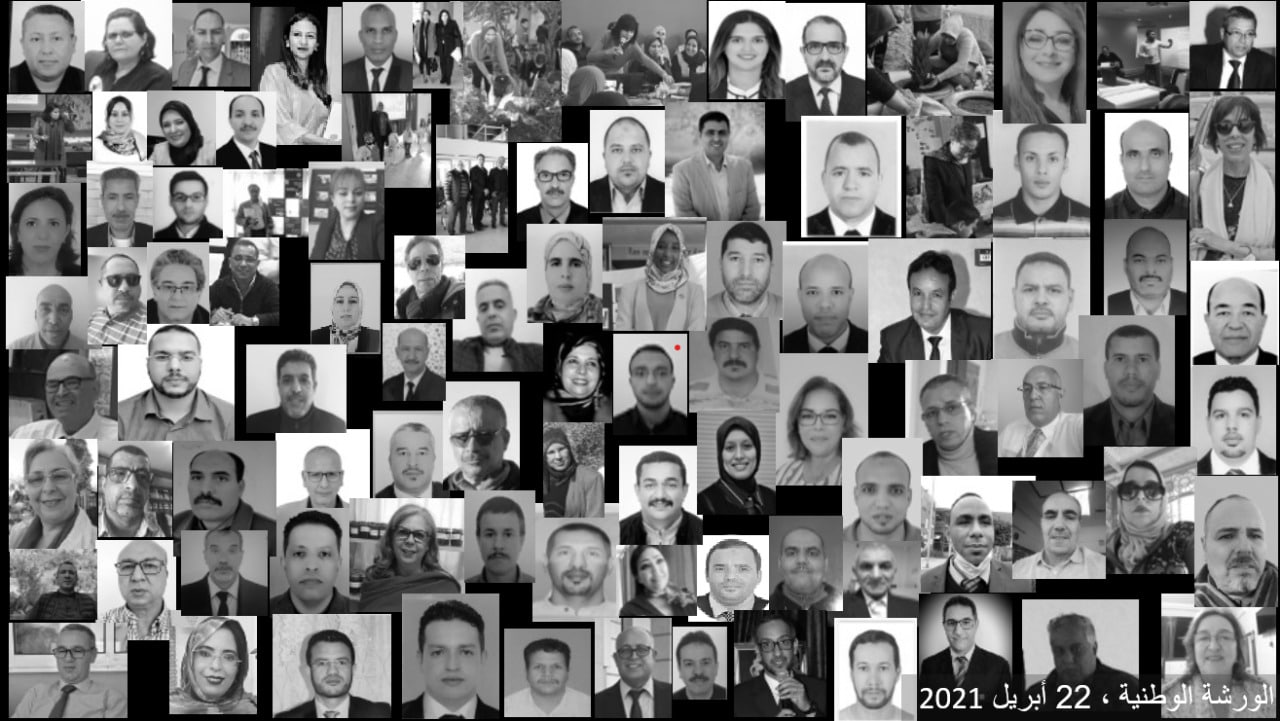 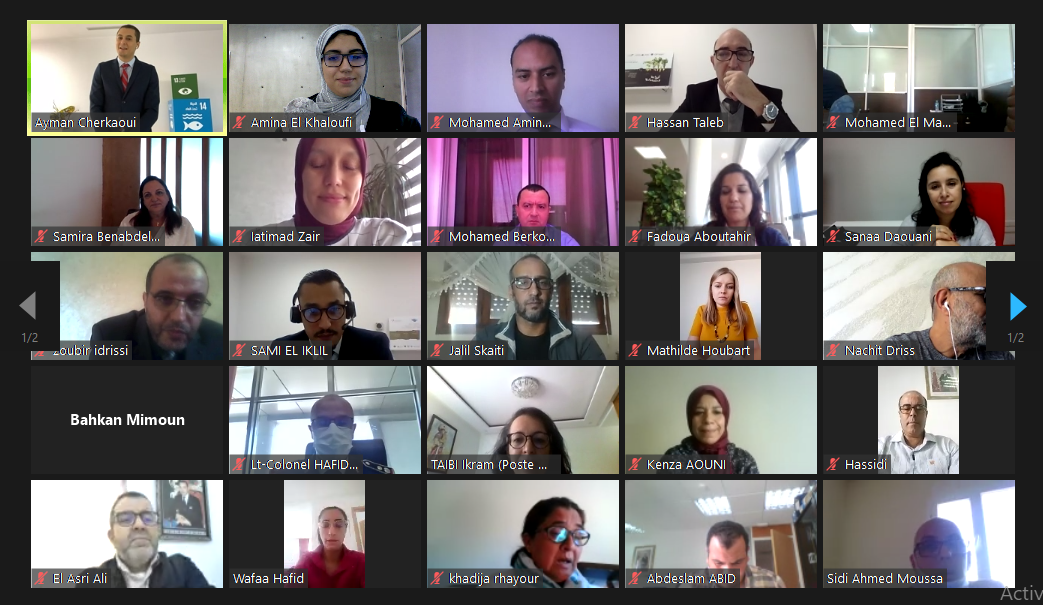 November 10, 2020 : The “BEACHES IN THE FACE OF NEW CHALLENGES: WHAT SOLUTIONS?” webinar

November 10, 2020 : The “BEACHES IN THE FACE OF NEW CHALLENGES: WHAT SOLUTIONS?” webinar
News

Adapting to our “environment”

Adapting to our “environment”
News