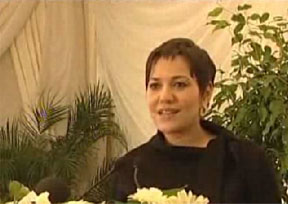 I am,also, noticing with satisfaction the adhesion of the Foundation’s partners in this operation, especially the local collectivities which have responded to all the signed conventions’ clauses regarding the equipment, maintenance and organization of activities in beaches I take this opportunity to praize the distinguished and hard work achieved, in 30 Moroccan beaches, by the sponsors of our activities and the operators whether private or public. This achievement has been highly appreciated by the citizens and visitors as well.

The efficient collaboration between the concerned collectivities, their administrative authority and the elected people, on the one hand and the economic operators from the public and private sector on the other hand, has shown that working in an efficient way, defining the aims, fixing the needs, providing a coordinated organization and concentrating on the target communication, all this can help facing the challenge which the Foundation made it its duty to take up, so as to protect Moroccan beaches and citizens’ health. I talked about “challenge” because the mission seemed difficult if not impossible, if we consider the deteriorating status of our beaches which used to be nice and enjoyable spaces, and returned to be garbage bins where waste of all kind is thrown.

But our work would not have reached the expected results if it were not for our citizens’ adhesion to our cause and their effective participation in its achievement, for they contributed with their citizenship behavior to the success of the operation “clean beaches” This is why I confirm the possibility of widespreading an environmental culture in our country if we really wish to, and if we have the means to establish and strengthen it.

Starting from this concept, Mohammed VI Foundation for the Protection of Environment chose to make children participate to its programs by making the environmental education a commitment , and also through concrete work by emphasizing the children’s role in growing vacationers’ awareness towards environmental problems.

The success of 2002 edition of “clean beaches” campaign is, from our point of view, not an end in itself, this is why we should continue our efforts for a long-term not only to enlarge our working sphere to reach other beaches, but also to maintain the results obtained from the efforts made till now, and assure a permanent protection to our spaces which have already been cleaned, by maintaining the quality of water and the already established infrastructures and mobilized equipments. In order to continue our work and initiatives with perseverance, we have taken up the challenge to make Morocco adhere to “the blue flag” which symbolizes the European good quality. We believe that our country has all the abilities and qualifications making it able to be at the same level as other countries which have a good experience in struggling against pollution and have succeeded in cleaning their beaches.

The aim that we defined for ourselves and which I consider one of the principles according to which the Foundation made agreements with its partners, pushes us to work hard so as to change these disorganized activities into independent sustainable programs. The “Blue flag” called eco-label, is granted as you know each year to a local collectivity, as a reward for its management of environment in general , especially regarding water quality, the general conditions of air and the actions taken concerning the environmental education and waste management. But this title is not definitely granted, it is subject to an every year verification. And if we accept to work according to this approach , it is because , further to being recognized at the national level , we would also like to have an international reference to evaluate the degree to which we respect the international standards in preserving our beaches security and equipments.

It goes without saying that this approach based on comparaison has a good effect on citizens and is beneficial for national tourism.

As for the local collectivities which will receive this distinguished title according to the evaluation of international experts who will come to Morocco particularly for this purpose, should be proud of their achievement. Any sponsor of their activities who will receive this trophy within the campaign “clean beaches” will see this reward as a certificate recognizing the efforts he made during summer to allow Moroccans to enjoy beaches that have all qualifications to be considered clean, beautiful, and enlivened. But the other partners-sponsors should not consider that as an underestimation of their efforts or a failure of their parts to meet the specifications’ requirements which they committed themselves to respect .

I address my sincere congratulations to all those who got the “blue flag” and the “clean beaches” trophy. I also thank all the Foundation’s partners who have taken up the challenge, to all the media which mobilized themselves to make people aware of the beaches’ cleaning issue. I also take this opportunity to thank particularly the citizens who did not spare efforts to maintain Moroccan beaches clean. I also thank the Foundation Executive President and all the team working with me, who have made great efforts in accomplishing their tasks.

I wish the Foundation continues its work so as to meet the expectations of His Majesty King Mohammed VI, may God glorify him, who honored this Foundation by giving his name to it, showing thus His Majesty’s care about environment.