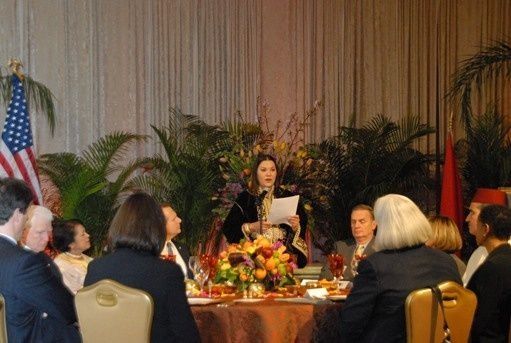 The imperial city of Rabat has been the capital of the Kingdom for almost a century. A city steeped in history, it is also a prestigious cultural center, with countless monuments and historical features. As well as priding itself on its long history, the Moroccan capital is also resolutely looking to the future. Rabat is known for its modernity, growing international stature and a solid, ever increasing desire to live up to its reputation as a green city. Indeed, environmental protection and sustainable development top the list of the priorities inspiring the action of city officials, local authorities and elected institutions.

The selection of the city of Rabat attests, in my opinion, to the significant progress Morocco has made in the area of environmental protection and to its irreversible choice to promote sustainable development. My country has adhered to the objectives and principles of sustainable development since the Earth Summit held in Rio in 1992.

The Kingdom’s special interest in this area is best reflected by the participation of His Majesty King Mohammed VI, then Crown Prince, in the 1992 Earth Summit in Rio, in the Rio+5 Forum in New York in 1997 and, finally, as Head of State, in the World Summit on Sustainable Development in Johannesburg in 2002.

Morocco’s strong desire to be in tune with international legislation on environmental issues led my country, in 1995, to ratify the United Nations Framework Convention on Climate Change and the UN Convention on Biological Diversity and, in 1996, the United Nations Convention to Combat Desertification. It spared no effort to ensure the successful organization of the Seventh Session of the Conference of the Parties on Climate Change, which was held in Marrakech in 2001 and which was credited with facilitating the entry into force of the Kyoto Protocol, ratified by my country in 2002.

Morocco, which has embarked on an ambitious economic and social development policy, is very much aware that the pursuit of sustained economic growth must go hand in hand with a determined environmental conservation policy, and that national endeavors must be consistent with a sustainable development approach. Significant progress has been made in terms of institutional and legal development in the area of environmental protection. The mainstreaming of environmental issues in all public policies is gradually becoming a reality. Thus, Morocco now has national programs of action for the mitigation of – and adjustment to – climate change in such key sectors as water resources, agriculture, industry, construction and energy. In this respect, Morocco’s policy concerning the promotion of renewable energies deserves to be underscored.

Because of the increasing assaults on our environment, it was important to take urgent action commensurate with the challenges faced. Environmental conservation is a major political issue, surely one of the key challenges of the current century. Given the growing issues faced, the Kingdom of Morocco has endorsed new guidelines in setting development priorities, with special emphasis on the preservation of the environment. That is why Morocco will adopt a national charter on the environment and sustainable development designed to safeguard landscapes as well as natural resources and reserves, as part of a sustainable development process.

The charter is premised on a global vision of the environment based on respect for biodiversity and the progress of human societies. The charter introduces a full-fledged set of ethical criteria for sustainable development to be observed by individuals, businesses and public authorities. It reflects the will of all Moroccans – individuals as well as community groups – to seek to preserve the environment and achieve sustainable development.

The environment and sustainable development charter will highlight Morocco’s pioneering action in environmental conservation and sustainable development in Africa and the Arab world. Its adoption on the occasion of Morocco’s Earth Day commemoration attests to my country’s adherence to global ethical standards and the need to preserve the rights of future generations.